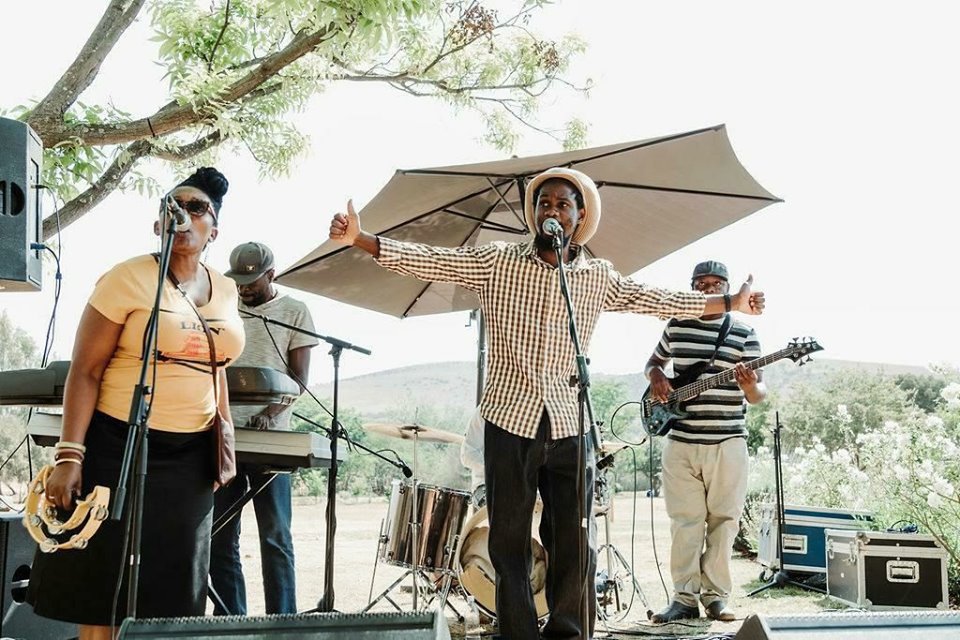 We had the amazing chance of sitting down and talking to the Zionruts Family, who are a well-known South African Reggae Band formed by Rutsman Spice and Ziondawta. The band do original songs and spread the amazing message of love and peace.

Zionruts mentioned that they never expected to have the large following that they do now at the beginning but that they wanted to give each performance their ultimate best, regardless of whether there was a really large venue with a roaring audience, or if they were playing to empty chairs. One thing that Rock Tot has picked up, whilst our time getting to know the Zionruts Family over the years, is that they are the most humble artists that we have met in the musical industry as of yet.

Zionruts can not really specify which venue they like the most; ”because every move we make and every stage we embrace becomes our favorite memory”.

When asking them what one of their burdens are as a band, Rutsman mentioned that the lack of transport to venues, and venues sometimes underpaying, has a toll; ” When we are travelling to a couple of shows and we don’t have transport and the venues along with the organizers were paying us less than we were paying for transport to their venues so we had to make it happen by using funds which we owed only to expand our name as a band”.

We asked the band one of the questions that we always like to ask during our interviews, and that is that if the band could change anything about the music industry, what would it be. Zionruts mentioned that some radio stations not playing local, new found band music and reggae music, does take its toll. ” Well if we had the power, we could have all genres on radio not just a few established genres along with introducing new music and new artists and bands etc. The reason being, currently our music is not being played on radio stations due to radio protocol, which we hear dj’s and even station managers saying reggae is not allowed on our radio stations but they always come to our shows supporting us and buying our merchandise, though if the protocol is revisited it could actually improve our music scene indeed.”

With a band such as Zionruts Family, it takes a lot to walk in their amazing footsteps, but the bands’ mantra to whoever would look up to them is, ”Perseverance, dedication, along with self motivation is required a lot in this journey and patience with humbleness is a virtue. Music is like an accountant working for FNB, a administrator for UN actually it’s like any other job so it needs seriousness and researching everyday.”

If there was a vote, we know that we would we would be voting with the band on the Best Music Venue Award! “All of the venues have been great but it goes without saying that Blue Moon down in the Lowveld has been way too nice, great hospitality the breeze, sweet people we can’t even explain about the nature and sunset view” ,Rutsman explains.

Every song is special to us but it’s clear that us and the Zionruts Family have the same favorite song that they play! “Tell Her” is a love song which talks to you that if you love someone best to let them know than living in a regretting world wondering crowded with what if’s.

The band is full of near-future plans which include a couple of singles that are coming out in collaboration with the American band “Tudo Mundo”, Working with another Japanese Rasta from New York, and two albums, one that’s being produced in Belgium, and one in South Africa.

This is Zionruts family, a reggae band which plays reggae and also plays around with cover songs of non-reggae in reggae. They have worked with NBC Universal on their series “Bullet Proof” which was dubbed “London’s BadBoys”. They were nominated for a couple of awards among them being for the SAMA awards. They have been featured in big and small festivals shared stages with the greats along with upcoming musicians.

They also have their latest song which is online ” “Let it be” which we worked with Ras Soto from Mozambique. It talks about the violence not only happening in South Africa but Africa as a whole. You can stream it in all online stores.” says Rutsman Spice!

You can reach out to the Zionruts Family through their email address: zionruts@gmail.com

This site uses Akismet to reduce spam. Learn how your comment data is processed.